This blog is based on an article by Alexis Wnuk, published in BrainFacts.org, entitled “How the Brain Changes With Age”. 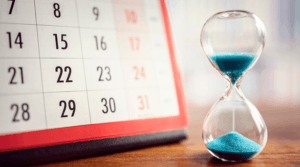 Just like muscles and joints, certain cells in our brains can stiffen up too, as evidenced in a recent study in rats. This is just one of many ways our brains change as we age – starting with declines in memory and cognitive abilities, all the way to microscopic changes to brain cells and chemistry.

Cognitive Changes
The normal aging process brings subtle changes in cognitive abilities. Committing new information to memory and recalling names and numbers now takes longer. Autobiographical memory of life events and accumulated knowledge of learned facts and information – both types of declarative memory – decline with age, while procedural memories like remembering how to ride a bike or tie a shoelace remain largely intact.

Working Memory
Working memory is the ability to hold a piece of information in mind, such as a phone number, password, or the location of a parked car — also declines with age. Some studies suggest a slow decline starts as early as age 30. Working memory depends on the rapid processing of new information rather than stored knowledge. Other aspects of this kind of fluid intelligence (such as processing speed and problem-solving), also decrease with age.

Certain aspects of attention (such as divided attention) can become more difficult as our brains age.
We might have a harder time focusing on what our friends are saying in a noisy restaurant.  Splitting our focus between two tasks – like holding a conversation while driving – also becomes more challenging with age.

You can teach  an old dog new tricks
Contrary to the adage that you can’t teach an old dog new tricks, there is growing evidence that we can and do learn throughout our lives.   *Neuroscientists are learning that our brains remain relatively “plastic” as we age, meaning that they’re able to reroute neural connections to adapt to new challenges and tasks.

But, the volume loss isn’t uniform throughout the brain — some areas shrink more, and faster, than other areas. The prefrontal cortex, cerebellum, and hippocampus show the biggest losses, which  worsen with advancing age.  Our cerebral cortex, the wrinkled outer layer of the brain containing neuron cell bodies, also thins as we age.  Cortical thinning follows a pattern similar to volume loss and is especially pronounced in the frontal lobes and of the temporal lobes.

Neuronal Changes
Changes at the level of individual neurons contribute to the shrinkage and cortical thinning of the aging brain. Neurons shrink and retract their dendrites, and the fatty myelin that wraps around axons deteriorates. The number of connections, or synapses, between brain cells also drops, which can affect learning and memory.

Adopting a Healthy Lifestyle
Our brains undergo myriad changes during the aging process.   However, scientists are learning every day how adopting a Adopt a Healthy Lifestyle for Low Stress Living (verywellmind.com)  can delay or minimize the negative consequences of these changes.

We hope you’ve enjoyed our blog on “How the Brain Changes With Age” and that you’ll want to read up on it.  Please leave us a comment on the website if you enjoyed this blog!

= = = > Click here to read another article published  in Medical News Today:  What Happens to the Brain As We Age> = = =