Brain plasticity is a relatively new discovery in brain science that has amazing implications on the way we think and on the way our brain works. Essentially, brain plasticity refers to the fact that the brain appears to be ‘plastic’ in that it is adaptable and can change shape in order to deal with a new scenario. Our brain in this sense is much like a muscle in that it can reshape itself as a response to stress or strain. In other words – the more you use an area of your brain the more it will increase in size and computational power, and the more you leave it without using it at all, the more it will ‘wither’ and will disappear.

Following is a review of a recent article by Andrew Zaleski entitled “Can exercising the mind Improve our abilities, or is it just another self-Improvement fantasy?”

The conclusion of Mr. Zaleski’s article is that cognitive interventions do improve the brain’s neuroplasticity, resulting in an improvement in mental abilities.  Brain training’s value is thus demonstrated by neuroplasticity improvement.

Here are a few other articles on the topic that might be of interest to you. 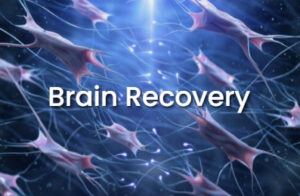 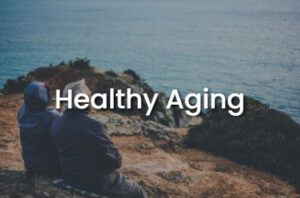 These Cognitive brain training programs are successfully treating a host of ­disorders—dyslexia, ADD, traumas like stroke and ­concussion, as well as the cognitive decline associated with old age.

The boldest claims for neural training’s efficacy come from the largest and longest cognitive intervention study ever conducted, the Advanced Cognitive Training for Independent and Vital Elderly.
or ACTIVE. Funded by the National Institutes of Health, and begun in 1998, ­ACTIVE enrolled some 2,800 healthy adults over the age of 65;  divided them into a control group and three ­cognitive training groups for reasoning, speed of processing, and memory. The exercises included games like Double Decision, which participants played for at least 10 hours over six weeks. Investigators evaluated participants immediately after the training and at follow-ups as far as five and 10 years out.

Study subjects who were drilled in reasoning and speed of processing showed less decline in those abilities 10 years later versus the untrained ones, according to a 2014 report published in the Journal of the American Geriatrics Society. The biggest claim, however, came during the 2016 Alzheimer’s Association International Conference: ACTIVE participants who had performed the speed of processing task showed 29 percent less risk of dementia a decade out compared to the control group.

“Most people will be protected from a progression to dementia by appropriate forms of training,” says neuroscientist Michael Merzenich, a co-founder of Posit Science…. “It’s just plasticity, and it’s all ­reversible.”   In other words,  it turns out that science might be able to manipulate our minds in remarkable ways: “We can basically change the brain at will,” Merzenich says.

I hope you have enjoyed this blog on the fascinating topic of cognitive interventions for improving brain plasticity.  My opinion, based on personal experience, is that brain plasticity is real and that science might well be able to manipulate our minds in remarkable ways.  I’m especially happy to hear that help exists out there in the scientific community for the elderly.