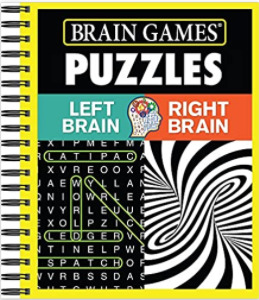 How accurate are left-brained and right-brained categories?
Do you consider yourself left-brained or right-brained?  Like most people, you’re probably familiar with the concept – the left brain is associated with logic, reasoning and math skills, while the right brain is associated with creativity.  A musician or artist is expected to be right-brained, while an accountant is expected to be left-brained.  These are simple categories to understand but are they accurate?  As it turns out, the way your brain works is pretty complex – and fascinating:

The Way The Brain Works
We know that, while the various parts of the brain work together, each seems to have its areas of expertise:

The hindbrain is in charge of essential, automatic body functions (heartbeat, blood pressure, and breathing).

The forebrain (the largest part of the human brain) consists of the cerebrum and important structures such as the thalamus, the hypothalamus and the pituitary gland attached to it.  Because the pituitary gland controls most of the hormones in the body, the hypothalamus is thought to have a major influence on hormone-regulated drives such as hunger, thirst, and sexual desire.

It is the cerebrum part of the brain that distinguishes us from all other living creatures on the planet.  It makes us better problem solvers and decision makers.

The Technologies Used to Get Knowledge of the Brain
We the following technologies to thank for our current understanding of the brain:

Both fMRI and PET scans work on the theory that blood flow increases in areas of the brain that are currently most engaged (cells that are hard at work need more oxygen and glucose).

In fMRI, a strong magnetic field is used to identify the parts of the brain that are using the most oxygen.  In a PET scan, a trace amount of radioactive glucose is injected into the bloodstream, that the brain cells that are working hardest take up more of the glucose.  In both cases, the most active brain areas appear highlighted in bright colors.

About The Cerebrum
The cerebrum’s thin, gray, convoluted outer layer is called the cerebral cortex.  Its gray color comes from the nerve cells in this layer of tissue.  The majority of the brain’s information processing goes on in the cerebral cortex.

The cerebrum is divided into two hemispheres by a deep fissure.  These two halves are often referred to as the right and left sides of the brain, and they constantly communicate with each other via the corpus callosum.  The nerve fibers  that lead out of the two hemispheres, cross one another in the brain stem on their way to the spinal cord.  Because of this, each of these cerebral hemispheres controls functions on the opposite side of the body.

Each of the cerebral hemispheres can be divided into sections referred to as lobes, and each of these lobes controls a different group of functions.

Frontal lobes control self-awareness and personality.  They are the primary seat of reasoning, planning and problem-solving ar.  They also keep behavior in check.

Parietal lobes  accept and process input from the body’s senses, these are important for written language skills.  They allow us to perceive spatial relations.

Occipital lobes  process information from the eyes.  They allow us to see and recognize we’re seeing, to perceive color and depth, and to track objects in our visual field.

Temporal lobes  allow us to perceive and recognize sound, give us the ability to understand spoken language and appreciate music.  They are also vital to regulating emotion, remembering, reasoning and learning.

Lateralization of brain function
The tendency for cognitive processes to be specialized to one side of the brain or the other.

Do the lobes on the left side of the brain lend themselves better to logical thinking?  Do people tend to use one side of their brain more than the other?  Yes and no.  Sometimes one hemisphere processes things differently than the other hemisphere.  This specialization is called lateralization.   However, it’s also true that both sides of the brain are constantly working together, communicating over the corpus callosum.   Some of the characteristics we think of as “left brained” or “right brained” don’t correlate neatly with a specific hemisphere.

For instance, math skills are popularly associated with the left brain.  However, the right brain is also important for math, particularly when it comes to measuring quantities.

The left brain is commonly considered the verbal side of the brain.  However, the right brain also plays a crucial part in understanding language (interpreting tone and intonation, for example).

To Sum It Up
In a healthy brain, both parts of your brain work together on a wide array of cognitive skills, both logical and creative, verbal and non-verbal.  In a healthy brain, there is a lot of communication between the two hemispheres of the brain.

Plasticity and Change
“Plasticity” is defined in the dictionary  as  having  the quality or state of being plastic, having the “capacity for being molded or altered”.   In other words, Plasticity refers to the way the brain is able to change as a result of experience.    The brain as a whole is not static:  It changes as you learn!

By experiencing  something repeatedly – saying a name or phone number, for instance, seeing a face, making a recipe over and over again – we learn it.  How does the brain commit something to memory?  When we experience something, a specific pattern of nerve cells, synapses and neurotransmitters activated.  With each repetition the participating cells and synapses begin to change, becoming better at  relaying the signal.  In time, the pattern becomes encoded in a well-worn path through the forest of neurons in the brain.  Research has shown that actual physical changes occur in the brain as a result of learning:

As a result of learning, there is an Increase in
The development of new nerve cells;

The number and size of synapses;

The amount of myelin insulation protecting the axon of nerve cells, especially in the bundle of nerves allowing the right and left sides of the brain to communicate;

The number of tiny blood vessels that supply certain areas of the brain.

The lesson for us
By exposing ourselves to new things and actively seeking more varied experiences on an ongoing basis, we can maintain and even enhance our brain’s mental resources and our cognitive abilities.

Modern neuroscience has established that our brain is a far more elastic organ than was previously thought.  In the past it was believed that an adult brain could only lose nerve cells (neurons) and couldn’t acquire new ones.  Today we know that new neurons (and new connections between neurons) continue to develop throughout life, even well into advanced age.  We can harness the powers of plasticity to protect and even enhance our minds at every stage of life.  Recent scientific research demonstrates that the brain responds to mental stimulation much like muscles respond to physical exercise.  You have to give your brain a workout.     The nature of your mental activities influences where in the brain this growth takes place.  Different cognitive challenges exercise different components of the brain.

What these research findings show…
Our behavior directly influences and changes the structure of the brain.  It is true that any more or less complex cognitive function – be it memory, attention perception, decision making, or problem solving – relies on a whole network of brain regions rather than on a single region.

Conclusion
It is important to have a rich, challenging, and diverse mental life.  The more vigorous and varied your cognitive activities, the more efficiently they’ll protect your mind from decline.

What You’ll Find in this Book
As you work on the puzzles in this book, pat yourself on the back!  The book has a wide variety of puzzles to stimulate both your left brain and your right brain.  You’ll tackle puzzles that focus on:   Memory puzzles, language puzzles, number-based puzzles, visual mind-stretchers.   You’ll exercise your logic, creative thinking, verbal skills, and more.

Pros:  I like the idea of exercising both my Left Brain and my Right Brain.  With Brain Games – Puzzles:  Left Brain Right Brain, I give my brain a workout.  I find the idea very intriguing.

As an Amazon Associate I may earn a small fee from qualifying purchases.  You will not pay more when buying through this site.

SPECIALS:   Following are links allowing you to explore inspirational promotions, events, deals and products throughout Amazon.

More brain games can be found under the heading “Brain Games”, by clicking any of the published blogs in the pages listed for the following categories:

In addition, if you want to search for a particular blog, enter its title in the Search bar in the blog roll which appears during blog viewing.